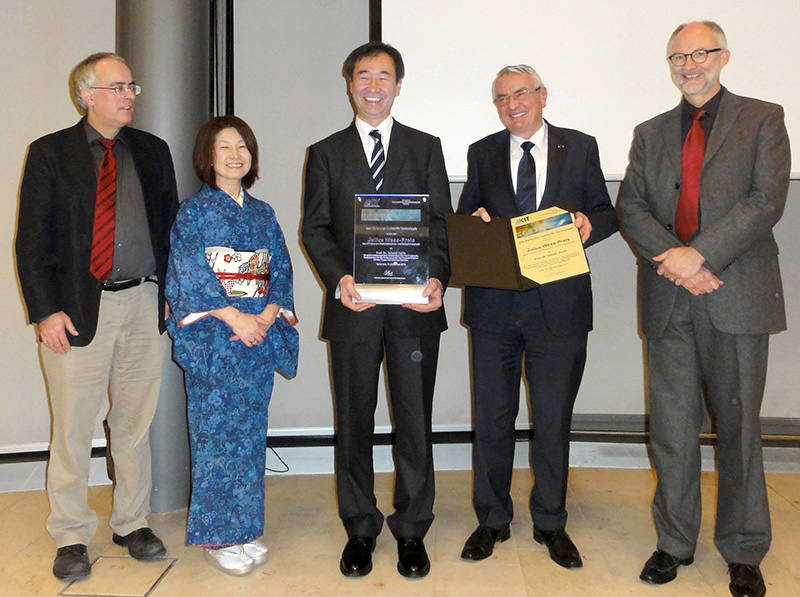 Update Oct 6, 2015:
"The Nobel Prize in Physics 2015 was awarded jointly to Takaaki Kajita and Arthur B. McDonald for the discovery of neutrino oscillations, which shows that neutrinos have mass." Congratulations fom KCETA!

The dedication of the Award took place on December 19, 2013. Christian Spiering (DESY) gave a talk on the latest results of the IceCube South Pole Neutrino Observatory. The laudatio was given by Prof. Ulrich Nierste (KIT). The awardee gave an impressive talk about the development of the Kamiokande detectors and the fascinating story of the discovery of neutrino oscillations, which started by accident and where endurance and patience leaded to success.