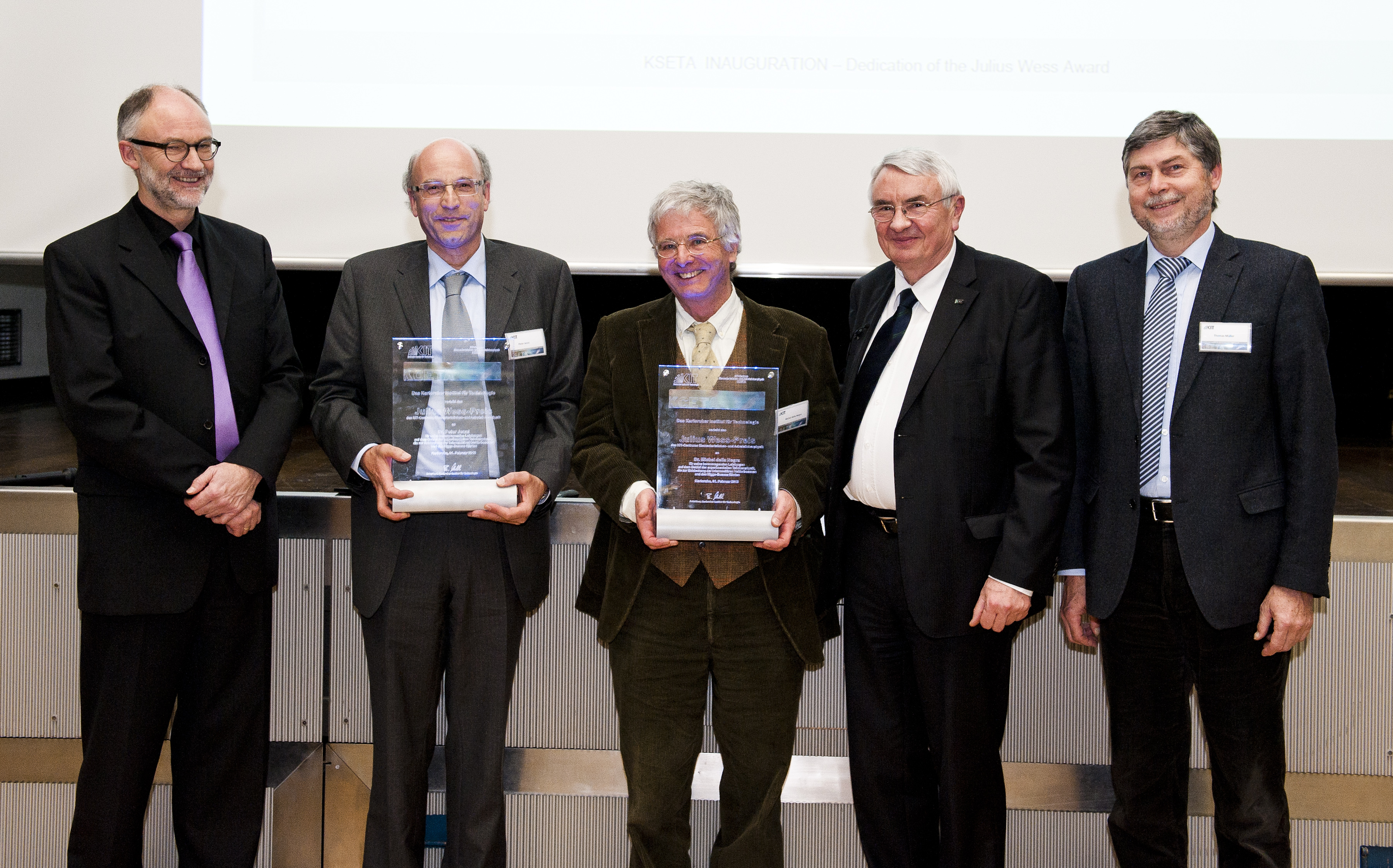 The Julius Wess Award 2011 went to Peter Jenni and Michel Della Negra for their outstanding contributions to the physics at the Large Hadron Collider (LHC) at CERN (Geneva, Switzerland).

As longterm spokesman of the two large-scale experiments ATLAS and CMS, repectively, both have substantial contributions to their construction and operation. Their work led to the discovery of the W and Z vector bosons in 1984 within previous experiments and now to the discovery of the Higgs boson at the LHC. Both scientists are closely associated with the KIT through the collaboration at the LHC for the past 18 years.